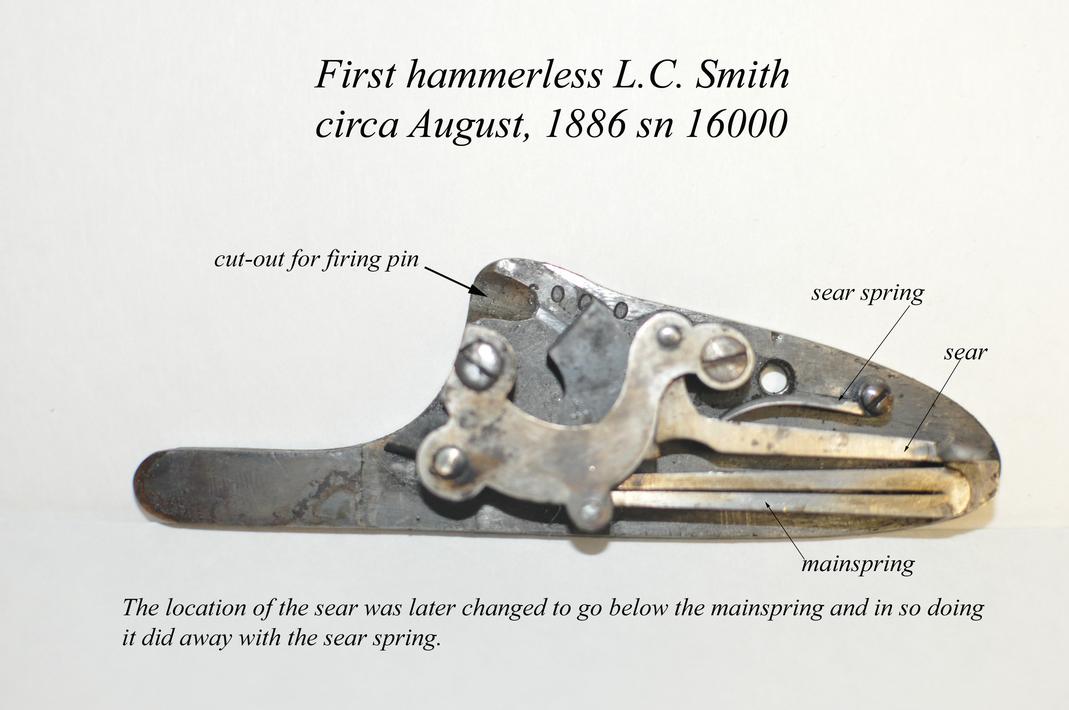 In my records the next serial number I have is 16023 Quality 4 10 gauge but no other information, same with s/n 16036
Many of these serial numbers were from auction sites and they do not usually take the locks off. If they knew what to look for they would see another screw post on the outside of the lock, but many can't tell the difference.

I would appreciate any information, thanks.
Too early for other frame sizes except R-- when the 16 and then the 20 gauges came out, the FW(E) frames were adopted. Never have seen any Smoth 10 bore with a FW(E) receiver- YET.
Runs, don't have any idea of what you are talking about.
This is a Syracuse, N.Y. L.C. Smith, not a Hunter Arms Co. Fulton, N.Y., L.C. Smith. 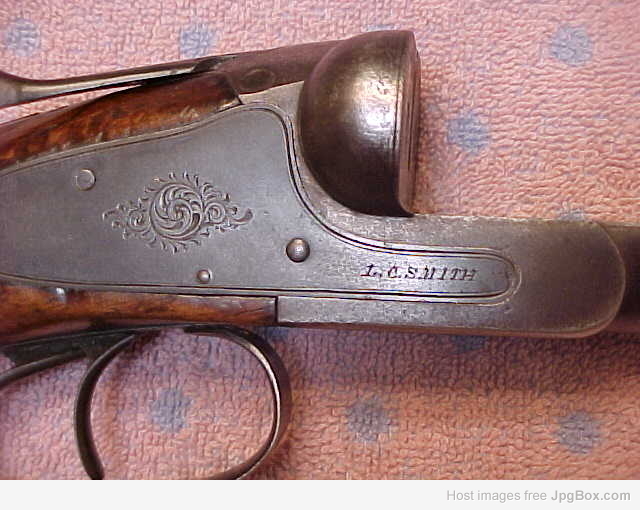 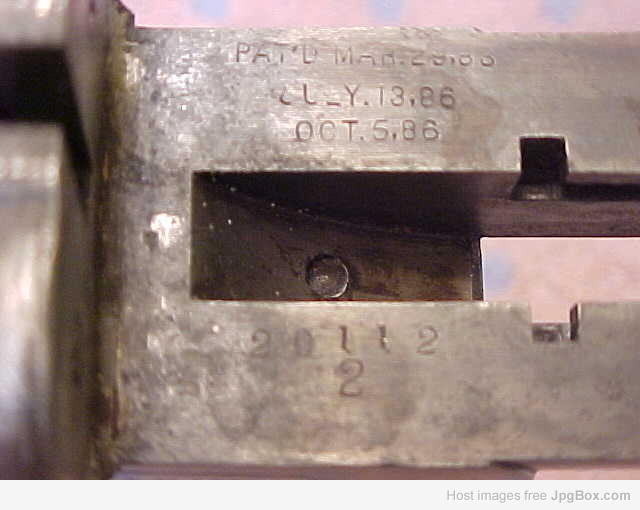 FUN READING
https://nanopdf.com/download/syracuse_pdf
This MIGHT seem familiar to you

Mike
yes, I know that David. The usual frame size for L.C. Smith guns, no matter where they were made, was the R size frame. I somehow inferred that they had a multitude of frame sizes, as did Parker Bros. RWTF
long as we are on the subject, how rare is a 20 ga 2e, with fluid steel barrels and a straight grip stock?
Ed
What year of production?
Mike
dont know yet...could find no others for sale now or in the recent past...

wow, look at this one:

http://www.lcsmith.org/shotguns/manufacture.html
it will when i get the gun and find out more info...tks for input...

do you have copy of brophy's book? sold mine years ago...
NO, mine was stolen
Mike
there are reprints out there as i recall...
"long as we are on the subject, how rare is a 20 ga 2e, with fluid steel barrels and a straight grip stock?"

And as to Smith frame sizes I'm convinced there are size differences in the very early Hunter Arms Co "R" sized frames based on personal observation. R frame size, at least for 12-bore guns, does not appear to become consistent until about 1898; and to support my observations, I have early 1890's ads where Smith quality grades and new number grades were being promoted in the same ad
As to Syracuse era guns, Buck Hamlin tells me that he has ID'd 5 different frame sizes used for Smith guns manufactured in Syracuse.
A standard 12-bore
A heavy 12-bore frame used for heavy 12 bores and light 10-bores
A standard 10-bore frame
An standard eight bore frame used for heavy 10-bores and lighter 8-bores
A heavy eight-bore frame.

FUN READING
https://nanopdf.com/download/syracuse_pdf
This MIGHT seem familiar to you

Mike that looks familiar wonder who wrote it! I have a lot more information since then. Right now between Baker, Smith-Baker and L.C Smith (1886-1889) I have 619 serial numbers.

Originally Posted by Run With The Fox
yes, I know that David. The usual frame size for L.C. Smith guns, no matter where they were made, was the R size frame. I somehow inferred that they had a multitude of frame sizes, as did Parker Bros. RWTF
Francis, the Syracuse line of hammer and hammerless guns were offered in three different weight frames, medium, heavy and extra heavy. In the heavy weight the distance between the extension rib and the breech rim has enough room that it could possibly be bored out to 8 gauge. The medium frame, there was only about 1/16" gap.
Also the Hunter Arms Co, used the R for Regular frame and the FW for Featherweight frame starting in 1907, but not all FW guns were lighter than the R framed guns.
Tom, you had posted when I was typing. The only Syracuse catalogs I have are reprints from 1884, 1888 and 1889. In there it lists the different frame sizes and weights:
Medium frame 12 gauge with 30" and 32" barrels
Heavy frame 12 gauge with 30" and 32" barrels
Extra Heavy 12 gauge with 30" and 32" barrels

An 1892 Hunter Arms Catalog (reprint( also lists the same options at to weights, but this disappeared not long after.

I had talked to Buck at your recommendation when I was looking for Syracuse L. C. Smiths, frame weights and he had written down the guns with these weights but at the time he had not seen a Extra Heavy weight gun, that was years ago.

I also have records of 6-8 gauge Syracuse guns, 2 are hammer guns pre 1884 and of the other 4, 3 were owned by a now deceased L.C. Smith Life Member. Of those 3, 2 are consecutively numbered 16463, 16464.As like you stated, there was no mention in any of the catalogs of a 8 gauge guns.
And I meant to include with this remark "The pre-1913 records DO NOT ID barrel type". That said only one example of a 20 gauge Damascus barreled Smith gun has been observed to date; a 1919 Field Grade. Therefore I believe it is safe to assume that the pre-13 20-bore examples recorded, all of which were built 1907 and later, were shipped with Crown Steel barrels. The records do show that a very small number of 20-bore guns were built using an R frame; so if the gun you're considering is a R framed gun, collectors will find it most interesting as no examples have surfaced to date.
top, thanks for info re 20 ga 2e production...one of the nice things about his forum is the willingness of others to share knowledge here...

There's several more than the 33-34 8-bore Smith guns listed in Brophy's book; I've personally held two examples in my sweaty hands, both were in the 9XXXX serial number range. There are blocks of pre-13 serial number records missing in the 4XXXX and 9XXXX series, and I suspect there are several 8-bore guns within those blocks that will remain unknown until and unless those records are located.
top, if you have brophy's book, pls look in the back for the list of 33 8 ga guns i remember...

dont remember what is actually included in that list...

#34 is a grade 3 hammer less gun, with damascus barrels and extractors...
Yes I have the Brophy book, but tons of information has been uncovered since Brophy; and Brophy only records 30 8-bores (all produced from 1895-98), so what does having a Brophy prove? Nothing. If one is serious about the actual production numbers of Smith 8-bores, then that individual should read Jim Stubbendieck's book, LC Smith Production Records. Jim has personally and painstakingly researched and analyzed each of the approximately 500,000 Hunter arms serial number entries contained within the surviving records, and from his research he has identified 46 8-bores; the first dated 1893, and the last entry 1901. All are hammerless guns. From the Syracuse era, the LCSCA has recorded 3 hammerless and one hammer gun example, but with serial number blocks missing from the early Hunter Arms era there are others to be discovered.
All Smith 8-bore gun sales (a grand total of 2) in which I've been involved to a very small degree (putting people in touch with the seller) have resulted in the exchange of large dollar amounts. One example was a No. 2 Grade that sold for $19K, and the other was a No.4 Grade no-safety live-bird gun that fetched $40K; so owning one of these things is not on my bucket list.
Thanks, David. for the data on frame size for the pre-Fulton-Hunter Arms produced Smith guns. Wonder why they reduced the frame size over time- Parker, probably their chief rival for high-end graded guns, went the other route. I have only owned 1 pre-Fulton produced Smith gun- a 12 Quality 2== One of many designs I like, the extractor that worked of a cam in the inset disc in the barrel lug- make removed fired and possibly swollen paper hulls easier- RWTF
top, thanks again for sharing your knowledge...
Runs, the joint check that was on all Syracuse hammer and hammerless guns carried over to the Fulton era Hunter Arms guns until 1899 when the joint check was eliminated. However Hunter Arms did make another joint check and I did not research how long it was made but a Specialty Grade I own from 1913 has one. I had read that if the spring breaks you will have a tough time removing the barrel from the receiver. 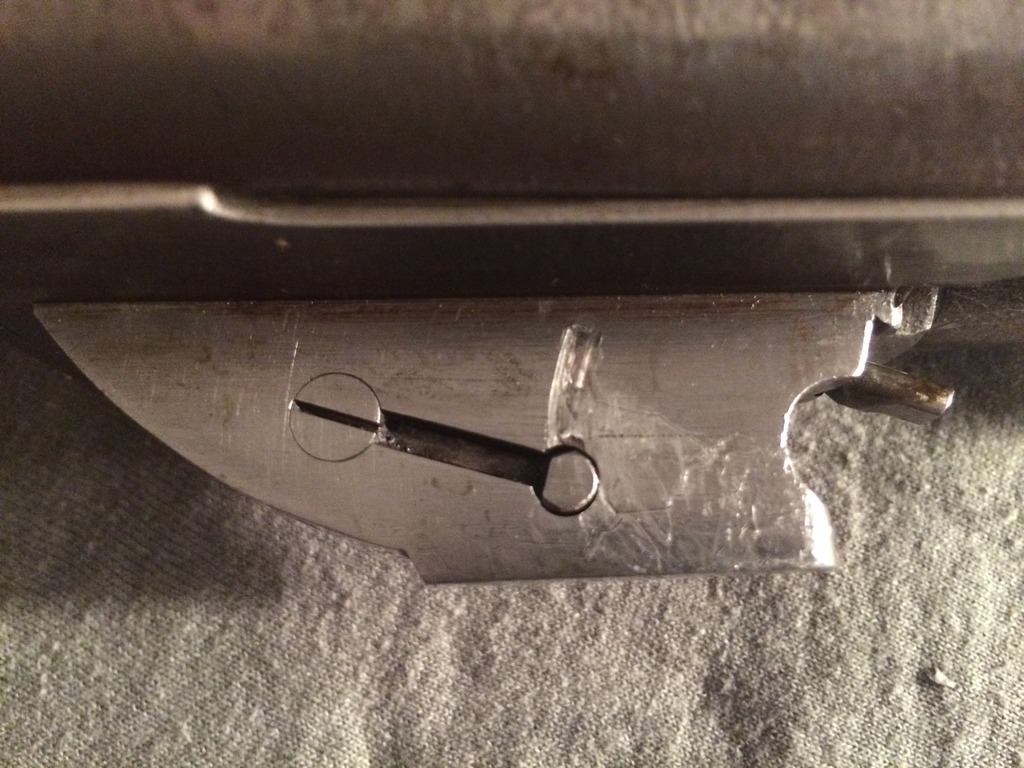 David - All the second type joint check Smith guns I've seen and handled were auto-ejector guns; never seen that device on a manual extractor gun?
Sorry I should have mentioned that, slipped my mind at the time.
A newer Specialty FW 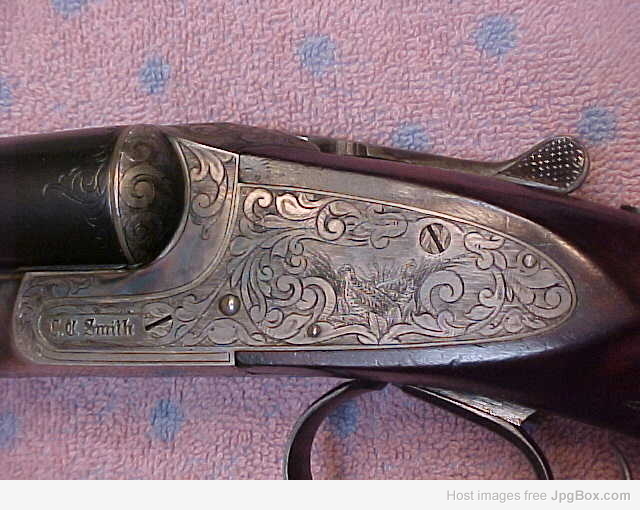 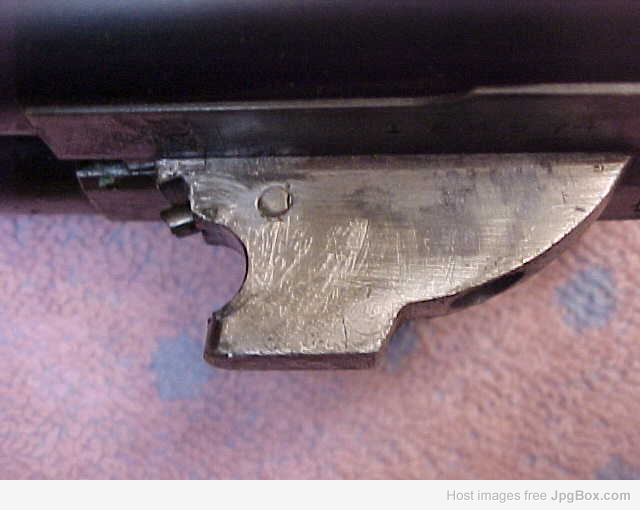 Nice FW framed Specialty-- any idea what the file scratches are on the side of the lug?? and why??
Sorry, no idea, I only became the caretaker a couple of years ago
RWTF, do you have any ideas in this matter?
Mike
© The DoubleGun BBS @ doublegunshop.com