doublegunshop.com - home
Which pad was correct for the Flues model?
The Silvers, Jostam, and Hawkins pads were available to shooters in the 1920's. The popular Ithaca Sunburst pad was not introduced until 1932, several years after the Flues was replaced by the NID. I don't have any old Ithaca catalogs to know if they offered pads as a factory option on the Flues doubles.
Not the Ithaca Sunburst. It didn't come along until the NID era. Couldn't find anything in Walt Snyder's book. It'd probably require some digging by someone with a collection of Ithaca catalogs. And it might well depend on when your specific Flues was made.
1923
Any pad before 1923 e.g. Hawkins 'heart' pad, many of the Jostam pad, No Shock, Silvers to suggest a few.
The most common pad at that time would be the now extremely hard to find Jostam Anti-Flinch. 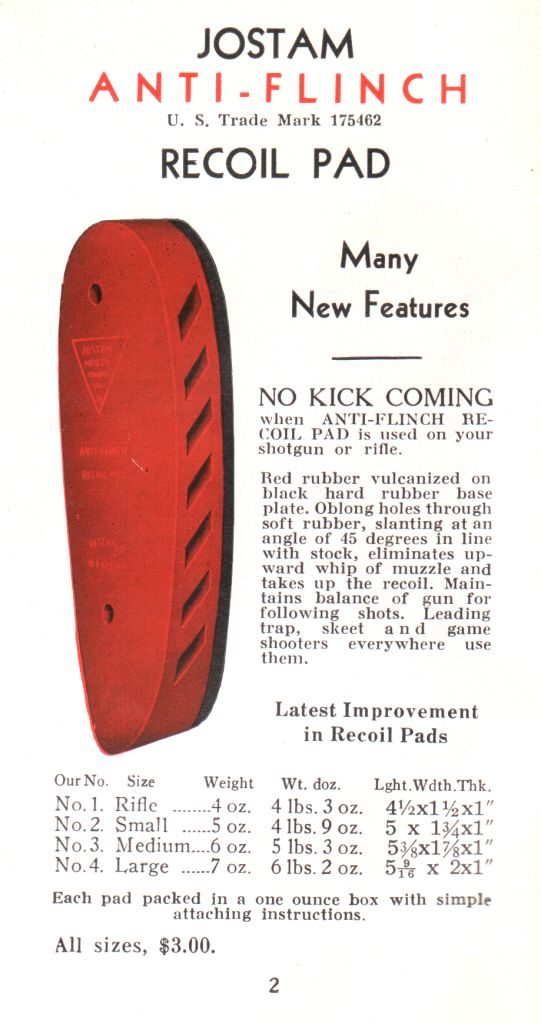 As popular as the Anti-Flinch was from WW-I to WW-II it is really had to fathom that no one is reproducing it.
I had Hugh Lomas put one of those on a Gr.2 1906 LC Smith a few years ago.....I know its a little later than the gun....but looks good on it....
Anyone know if Ithaca offered a pad as an option? My Flues has the original butt plate and I won’t cut the stock, but I need more than 14” LOP. A slip on is NOT an option.
why not scab on wood or polymer?
Because i want it to look period correct. Not like some of you're tarted up torch jobs.
Connecticut Shotgun Manufacturing Company. They have several Walt listed. While not period correct I like the look of the sunburst pad. Keeping to period correct pads look at the Harkins heart, silvers, no shock or Jotsom. So many options so few guns to fit. Might need to buy a couple extra pads for future use.
The repro Hawkins pad is huge, 15 hearts, and can't be ground down too much or you get into the hearts. The 13 heart size would have been more useful for most shotgun applications. 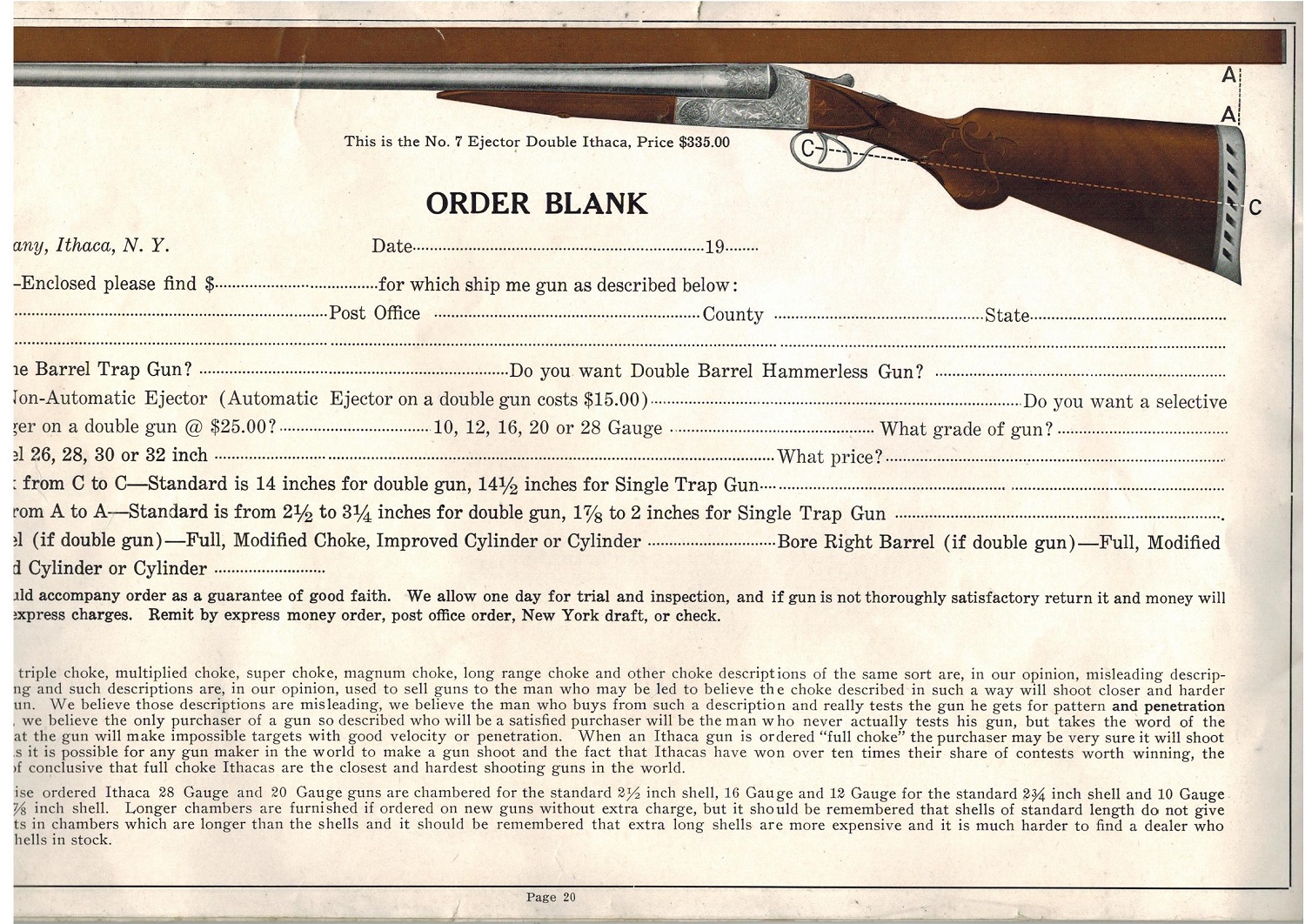 The gun on the order form in the 1915 Ithaca Gun Co. catalog has a butt plate.

Looking through a bunch of my old catalogs I find the Hawkins pad shown in the 1926 E.K. Tryon catalog. No Hawkins pad in the 1922 Schoverling, Daly & Gales catalog. I have several undated H & D Folsom catalogs and the ones that have the Flues Model Ithaca doubles have no Hawkins pad but when the NID appears the Hawkins pad is on the recoil pad page.
This is a very late (1925) Flues 20 I had and (regretfully) sold some years back. Not sure if it was original. 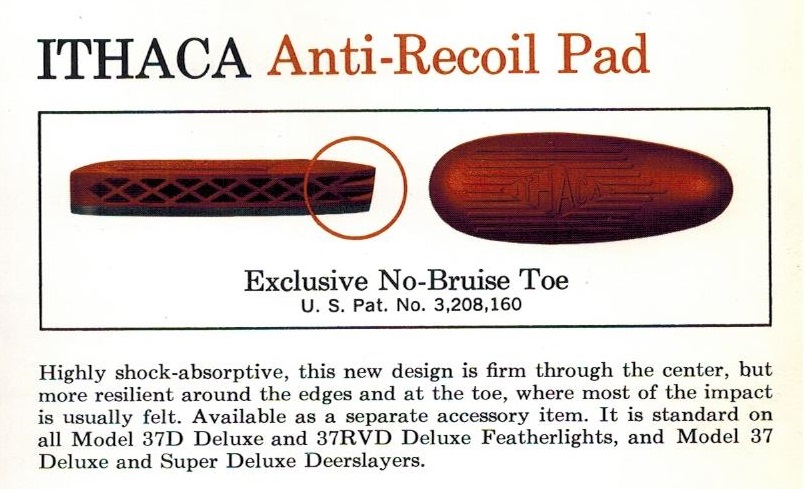 Flues was later than I thought....