doublegunshop.com - home
I was going to highjack the other thread on setting up an over/under double rifle but I think the process will be much different for the Valmet.

The barrel regulation is adjustable on my barrels, and with the space between the barrels I don't think the heat transfer/barrel stretch would be as much of a problem.

Does someone have a "pet procedure" for regulating and or sighting a double rifle with adjustable point of aim on one barrel? It looks to be by the graduations on the screws that my barrels have never been adjusted at all so I am starting from scratch.

Thanks,
CHAZ
CHAZ,
I would think you should sight it to the fixed barrel, then adjust the other one to the same POI. If the adjustable barrel moves inside the "hanger", you should be correct about the heat transfer. BTW, I helped a friend "regulate" one of the Russian O/U 30-06s, that adjusted by different diameter spacers between the barrels. I had a "Bear" of a time, I couldn't get it to be consistent for anything. Then I noticed the heavy scope he had mounted was moving in the mount and the mount was moving on the barrel. I had him send me another ( lighter)scope and remounted it tightly with Loc-Tite(blue). When I finished that time, it was back with the original spacer( I had made 5 others). The moral of the the story is to show; if you use a scope, be sure it is a light one, solidly mounted.
Mike
Had one many years ago so going on memory. I believe I developed a load for the top barrel then regulated right-left then up-down. Gifted it to a friend many years ago, as far as I know they are still hunting it as is due to not being reloaders.
Zero the sights to the top barrel and adjust the bottom barrel to the sights. Make very, very tiny adjustments.
Update....success

I haven't polished it yet, but I am pleasantly pleased with how I am making out with the Valmet. I had about 8 inches of vertical separation (50 yards) to start and through a few quick and easy adjustments got down to about a 2" four shot (both barrels twice) group.

I'm still not sure what load I am using so I am not spending too much time tuning at 100 yards, but I tried a few and felt they were "minute of whitetail." I switched to a different load, different bullet weight at 50 yards and zero and regulation were tolerable.

Going to pick a load to fine tune and see how good it can get.

CHAZ
For what it’s worth I’ve had good luck with 59 to 60 grains of Reloader 15 under a 250 gr Nosler BT (discontinued) or Accubond (current). The WLR works fine as a primer. I have also used the WLRM with near identical results. No issues in either of my guns. I get 2500fps out of my Krieghoff drilling and 50fps less out of the Merkel DR. Flat shooting good deer whacking load.
It works, and looks so good doing it. 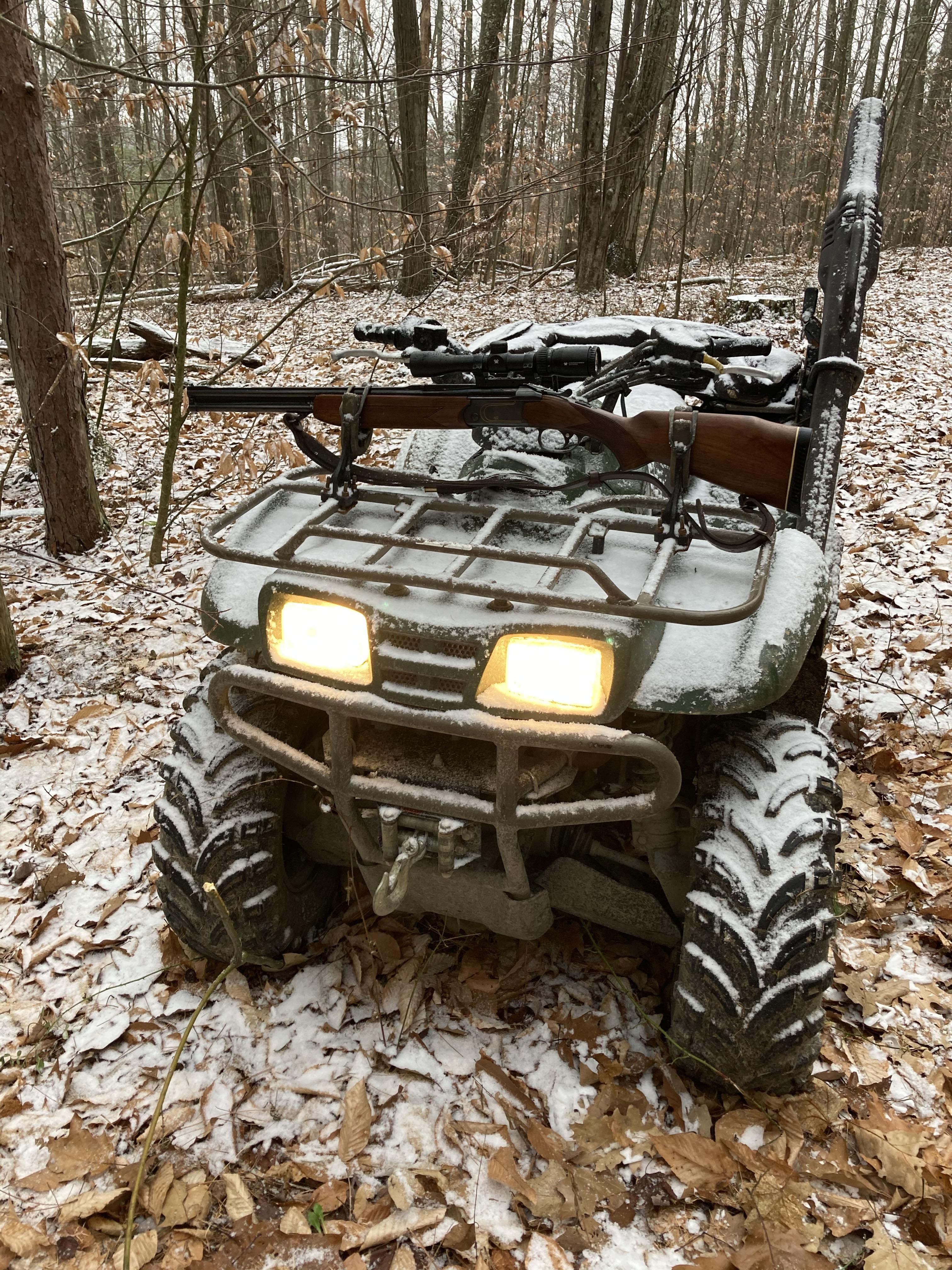 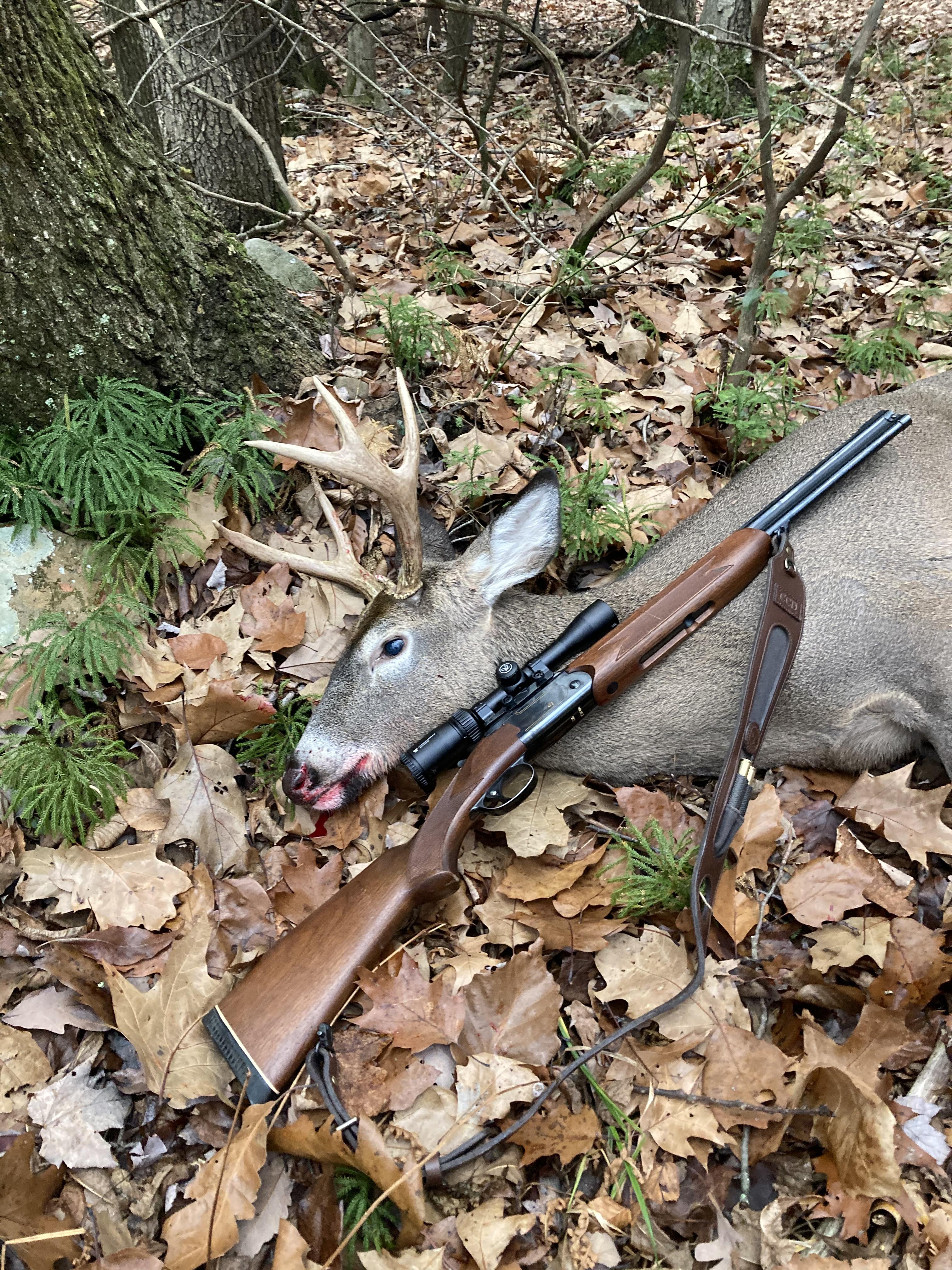 CHAZ
Congratulations - I love it when a plan comes together.
Nice work! Looks like the rifle shoots minute-of-deer....congats!
That’s. K model gun I’m pretty sure. If you find an S model, marked 412S, buy it. It has an anti-doubling device that the K models lack. It can make a difference if you’re shooting a bigger calibers. I have 375 Flanged and had 450/400 barrels on a 412S.
© The DoubleGun BBS @ doublegunshop.com